With the Andes and deep blue skies as a blackdrop, Aymara Indian women, children in tow, sell their wares at roadside market stalls facing tin- and straw-covered adobe homes. Wheter landing on the El Alto airstrip at 13,000 feet (3,962 m) or crossing Lake Titicaca by boat, the barren plateu known as the Altiplano is a visitor's first introduction to the city of La Paz.
The Altiplano hides the presence of a thriving metropolis of 900,000 habitants that opens up at its edge. Without warning, the plateu breaks and reveals below a deep, jagged valley covered with adobe and brick homes clinging to the hillside. Skyscrapers, rising to meet the jagged hills of the valley, cast shadows over cobblestone streets and tree-lined plazas that hide rich and colorful traditions. 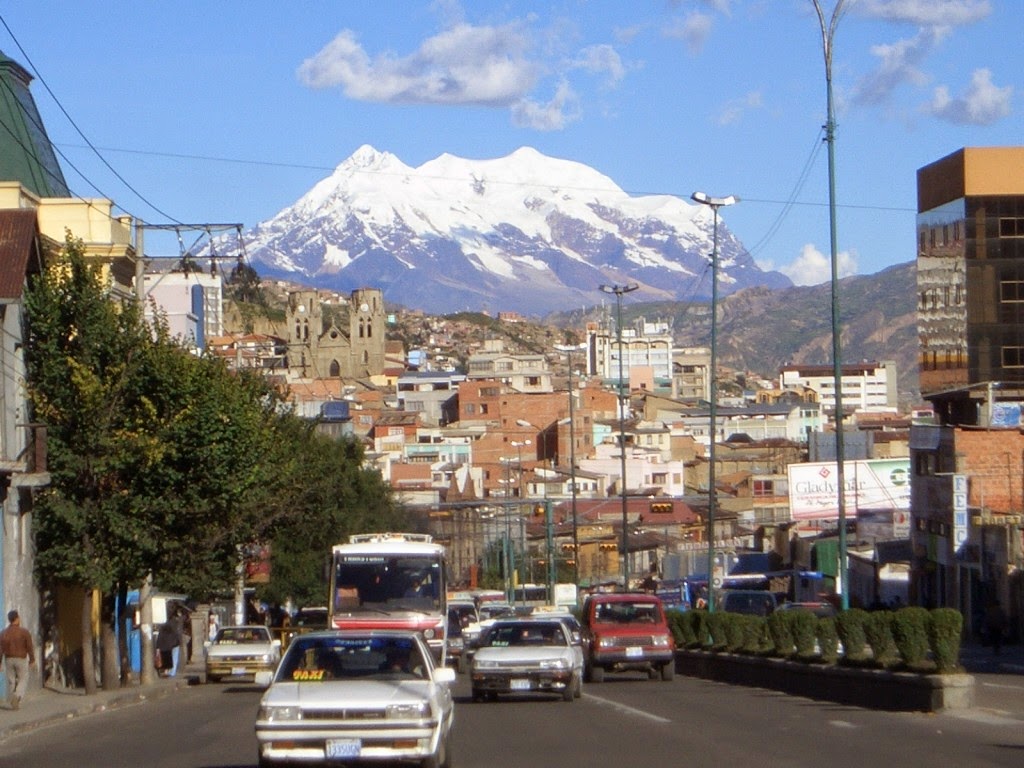 To get your bearings and capture some of the color, bustle and contrasting life-styles found in La Paz, start your visit by taking a walking tour of downtown. With most good hostels located in the center.
A visitor can spend several days exploring the roads and alleys that branch off from the San Francisco Church. Bordering it is Calle Sagárnaga, lined with shops offering leather goods, weavings, alpaca sweaters, silver and antiques. 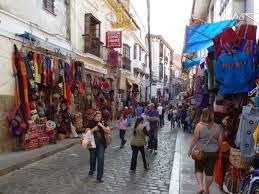 The city of La Paz is known for being a city full of tourist attractions, and be a starting point to many attractions there is both in the Altiplano and Yungas. However, that's not the only thing that you can enjoy in the city of La Paz. The gastronomy is exquisite, and so we provide below a brief overview of it. 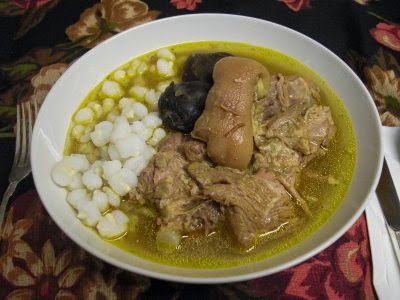 If you asked any Boliving in a foreign country which foods they longed for when thinking of home, the two things most likely mentioned would be Salteñas and Picantes. A paceño living far from home would also mention Chairo and Fricasé.

Salteñas are a meat or chicken turnover that are traditionally eaten sometime before lunch and accompanied by a cold drink (never coffee or tea). There are many heated discussions as to wich salteñas are the best, but the truth is that each restaurant and each region, mainly in the cities of the Altiplano and the valleys, has its own special way of preparing them.

A picante or ají is a meat cooked in ají sauce and served with boiled potato and chuño phuti. A raw sarsa - sliced tomato and onion, parsley and sometimes a little thinly sliced locto - is served on top. Chicken picante or Sajta de pollo is the most favored. The La Paz version of picante, The Picante Mixto, is by far the best and most complete: it contains sajta de pollo, charquecan (jerky), picante de lengua (tongue), picante de conejo (rabbit), saice (chopped beef) and ranga ranga (tripe). This dish is also accompanied by tunta rellena (filled tunta with cheese, the best of tunta recipes). Each regions in the Bolivia's valleys and in the Altiplano has its picante specialty, usually a combination of chicken and tongue. Fricasé can be a respectable picante when the broth is very hot.
The picante sauce is made by cooking sliced onion and tomato in oil. When this is cooked, ají and water are added. The meat is then cooked in this sauce, which is seasoned with salt and cumin. 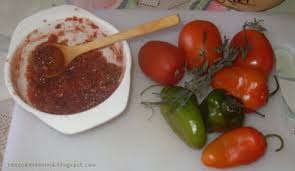 The most common piquant pod in Bolivia is the locoto. It is a small green , yellow or red pod. It appears every day at nearly every table in western Bolivia in llajua (an uncooked piquant sauce made with tomatoes, locoto and quirquiña, a local herb), wich seasons every dish served. Llajua is as common as salt.

Ají is the name given to the long pods, wich are either red or yellow. They are very different in taste and are very hot, but they can be less piquant if they are wash several times, and if the seeds and the fibers are removed. Ají is, by extension, also the name given to dishes prepared with ají powder.

As we mentioned  in the last article, Chairo is a La Paz soup. It is made with beef, lamb and lamb jerky, chuño and pataska (then condiment together).
Fricasé is another soup, made with pork and seasoned with yellow ají or hot pepper. The stock is slightly thickened with bread crumbs. It is served with boiled potato, chuño and pataska. It is usually served at lunch time, but is also a favorite in the wee hours of the morning after a late party.

Anticuchos are another favorite food eaten after late-night parties. Anticuchos are small slices of beef heart and a boiled potatoes on a skewer cooked over a grill and seasoned with yellow ají.
Thimpu is a popular dish on native restaurant menus. After the soup is cooked, the solid ingredients are served on a plate and the broth is served separately. 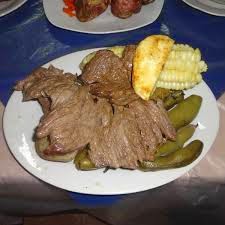 Finally, Plato paceño, is fried fresh cheese, served with bolied potato, mote de habas (cooked fresh broad beans) corn on the cob and llajua.
As you can see, the cuisine of the city of La Paz is diversified, for these reasons worth visiting this wonderful city.