TIWANAKU
Little is actually known about the people who constructed the ceremonial center on the southern share of La Lake Titicaca more than a thousand years ago. Archeologists generally agree that the civilization that spawned Tiwanku rose around 600 BC. Construction on the ceremonial site was under way by about AD 700, but around 1200 the group had melted into obscurity, becoming another “lost” civilization. Evidence of this influence, particularly its religion, has been found throughout the vast area that later became the Inca Empire. 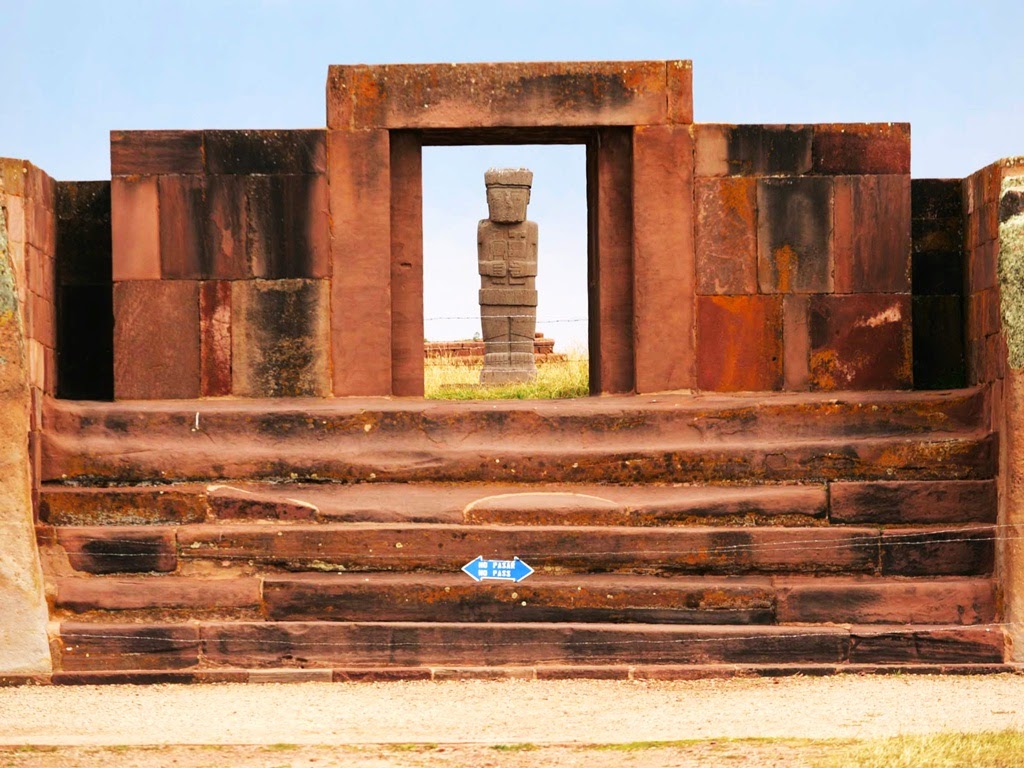 The treasures of Tiwanaku have literally been scattered to the four corners of the earth. Its gold was located by the Spanish, and early stone and pottery finds were sometimes destroyed by religious zealots who considered them pagan idols. Some of the work found its way to European Museums; farmers destroyed pieces of it as they turned the surrounding area into pasture and cropland; the Church kept some of the statues or sold them as curious; and the larger stonework went into Spanish construction projects, and even into the bed of the La Paz-Guaqui rail line that passes just south of the site.
Fortunately, a portion of the treasure has been preserved, and some of it remains in Bolivia. A Few of the larger anthropomorphic stone statues have been left on the site, and the onsite museum has a decent collection of pottery and other objects. Others are on display at the Museo Nacional de Arquología in La Paz. 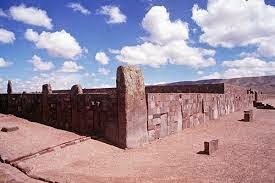 History
Although no one is certain whether it was the capital of a nation, Tiwanaku undoubtedly served as a great ceremonial center. At its height the city had a population of 20,000 residents and encompassed approximately 2.6 sq km.
Some say the name roughly translates to “the dry coast” or stone in the center , and the 3870m (12,696 ft) city most likely sat on the edge of Lake Titicaca, serving as the ceremonial center for the regions south of the lake. 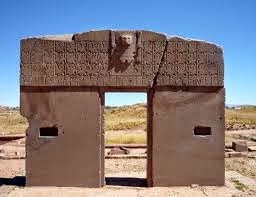 While only 30 percent of the original site has been excavated – and what remains is less than overwhelming – the Tiwanaku culture made great advances in architecture, math and astronomy well before the Inca ascendancy.
Archaeologists divide the development of the Tiwanaku into five distinct periods, numbered Tiwanaku into five distinct periods, and numbered Tiwanaku I thorough V, each of which has its own outstanding attributes.
The Tiwanaku I period falls between the advent of the Tiwanaku civilization and the middle of the 5th century BC. Significant finds from this period include multicolored pottery and human or animal effigies in painted clay. Tiwanaku II, which ended around the beginning of the Christian era, is hallmarked by ceramic vessels with horizontal handles. Tiwanaku III dominated the next 300 years, and was characterized by tricolor pottery of geometric design, often decorated with images of stylized animals.
Tiwanaku IV, also known as the Classic Period, developed between AD 300 and 700. The large stone structures that dominate the site today were constructed during this period. The use of bronze and gold is considered evidence of contact with groups further east in the Cochabamba valley and further west on the Peruvian coast. Tiwanaku IV pottery is largely anthropomorphic. Pieces uncovered by archeologists include some in the shape of human heads and faces with bulging cheeks, indicating that the coca leaf was already in use at this time. 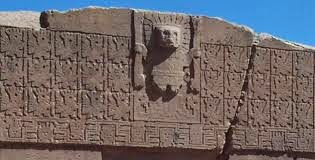 Tiwanaku V, also called the Expansive Period, is marked by a decline that lasted until Tiwanaku’s population completely disappeared around 1200. Were they the victims of war, famine, climate change or alien abductions? Nobody knows, though most archeologists point to climate change as the most likely cause of the civilization’s rapid decline. During this period pottery grew less elaborate, construction projects slowed and stopped, and no large-scale monuments were added after the early phases of this period.
When the Spaniards arrived in South America, local indigenous legends recounted that Tiwanaku had been the capital of the bearded, white god-king called Viracocha, and that from his city Viracocha had reined over the civilization.
Pieces from the three more recent Tiwanaku periods may be found scattered around Bolivia, but the majority are housed in archeological museums in La Paz and Cochabamba. The ruins themselves have been so badly looted, however, that much of the information they could have revealed about their builders is now lost forever. 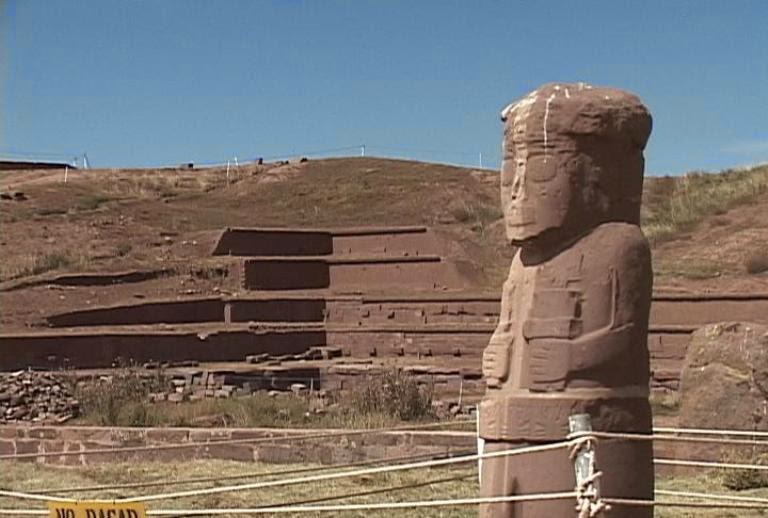 At the request of Unesco, they ceased excavations of the site in 2005, and are concentrating now on preserving what they’ve already dug up. About 100,000 visitors come to the site every year.