Four so called “Inca Trails” link the Altiplano with the Yungas, taking you from the high Andes to the sub-tropics, with dramatic changes in weather, temperature and vegetation. Each has excellent sections of stonework and they vary in difficulty from relatively straightforward to quite hard-going. In the rainy season going can be particularly tough. 
Start at Ventilla, walk up the valley for about three hours passing the village of Choquekhota until the track crosses the river and to the right of the road, there is a falling-down brick wall with a map painted on it. The Takesi and Alto Takesi trails start here, following the path to the right of the wall. The road continues to Mina San Francisco. In the first hour’s climb from the wall is excellent stone paving which is Inca or pre-Inca, depending on who you believe, either side of the pass at 4630m. There are camping possibilities at Estancia Takesi and in the village of Kakapi you can sleep at the simple Kakapi Tourist Lodge, 10 beds with good mattresses, solar shower and toilet. It is run by the local community and sponsored by Fundación Chojlla, between which and Yanacachi is a gate where it is necessary to register and often pay a small fee. Yanakachi has a number of good places to stay, several good hikes and an orphanage you can help at. The Fundación Pueblo office on the plaza has information. Buy a minibus ticket on arrival in Yanacachi or walk 45 minutes down to the La Paz-Chulumani road for transport.

The trek can be done in one long day, especially if you organize a jeep to the start of the trail, but is more relaxing in two or three. If you take it slowly, though, you’ll have to carry camping kit. Hire mules in Choquekhota for $us 8 per day plus up to $us 8 for the muleteer. A 2-3 day alternative is from Mina San Francisco to el Castillo and the village of Chaco on the La Paz-Chulumani road. This trek is called La Reconquistada and has the distinction of including a 200m disused mining tunnel. 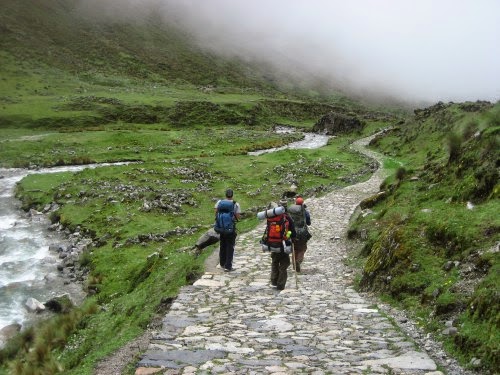 Inmediately before the road drops down from La Cumbre to start the descent to Las Yungas, there is a good dirt road leading up to the apacheta (narrow pass) where the trail starts properly. Cloud and bad weather are normal at La Cumbre (4660m): you have to sign in at the Guardaparque post on the way to the pass. The trail passes Samaña Pampa, Chucura, Challapampa, the Choro bridge and the Río Jacun-Manini (fill up with water at both river crossings). At Sandillani it is possible to stay at the lodge or camp in the carefully tended garden of Japanese man, Tamji Hanamura, who keeps a book with the names of every passing traveler. He likes to see postcards and pictures from other countries. There is good paving down to Villa Esmeralda, after which is Chairo (lodging and camping), then to Yolosa. It takes three days to trek from La Cumbre to Chairo, from where you can take a truck to Puente Yolosita, the turn-off for Coroico on the new road. From Puente Yolosita truck run uphill to Coroico when they fill 15 minutes. The Choro trail has a reputation for unfriendliness and occasional robbery, take care. 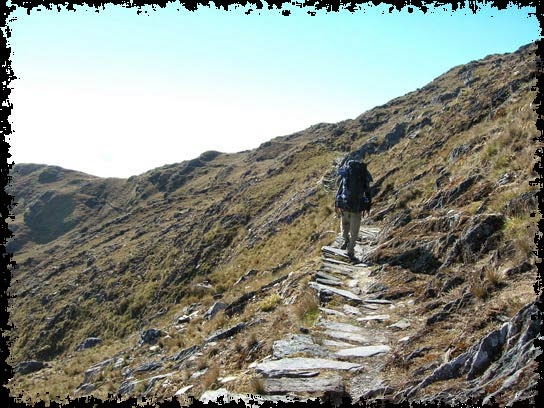 The best, but hardest of the four “Inca Trails, it has seen Little use in recent years and may be basdly overgrown; enquire in advance. From Chuñavi (3710m) follow the path left (east) and coutour gently up. Camping possible after two hours. Continue along the path staying on left hand side of the ridge to reach Cerro Khala Ciudad (literally, stone city mountain). Good paving brings you round the hill to join a path coming from Quircoma (on your right); continue, heading north, to Cerro Cuchillatuca and then Cerro Yunga Cruz, where there is water and camping is possible. After this point water and camping are difficult and normally impossible until you get down to Sikilini. The last water and camping possibilities are all within the next hour, take advantage of them. Each person should have at least two litres of water in bottles. Colectivos run from Sikilini to Chulumani. Starting in Chuñavi the trek takes days. An alternative route is from Chuñavi to Irupana. 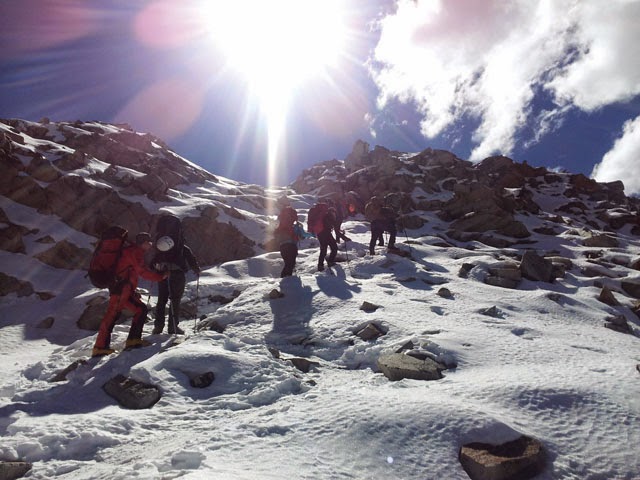 Huayna Potosí (6088 m) is normally climbed in two days, with one night in a basic shelter at 5300 m or camped on a glacier at 5600 m. Acclimatization and experience on ice are essential , and the mountain is dangerous out of season. There are four shelters: a community-run shelter 10 minutes up from the pass, one by the lake, very cold; Refugio Huayna Potosí at 4780 m, with toilets and shower, run by the tour operator of the same name, and a basic shelter at 5300 owned by the same operator. Average cost is $us100 per person for two day tour for the normal route is at Zongo. A three-day trek in the area is also offered.

Trekking and climbing from Sorata
Sorata is the starting point for climbing Illampu and Ancohuma. All routes out of the town are difficult. Owing to the number of paths in the area and the very steep ascent. Experience and full equipment are necessary. You can hire trekking guides and mules. The 3-4 day trek to Lagunas Chillata and Glaciar is the most common and gets busy during high season. Laguna Chillata can also be reached by road or on a long day-hike with light gear, but mind the difficult navigation and take warm clothing. Laguna Chillata has been heavily impacted by tourism (remove all trash, do not throw it in the pits around the lake) and groups frequently camp there. The Illampu Circuit, a 6-7 day high-altitude trek (three passes over 4000 m, one over 5000 m) around Illampu, is excellent. It can get very cold and it is hard walk, though very beautiful with nice campsites on the way. Some food can be bought in Cocoyo on the third day. Youmust be acclimatized before to setting out. Another option is the Trans-Cordillera Trek, 10-12 days from Sorata to Huayna Potosí, or longer all the way to Illimani at the opposite (south) end of the Cordillera Real. Some communities charge visitors fees along the way and there have in the past been armed holdups near Laguna San Francisco but no incidents reported in recent years.

Cordillera Apolobamba
The Area Protegida Apolobamba forms part of the Cordillera Apolobamba, the north extensión of the Cordillera Real. The range itself has many 5000 m-plus peaks, while the conservation area of some 483,744 ha protects herd of vicuña, huge flocks of flamingos and many condors. The area adjoins the Parque Nacional Madidi. This is great trekking country and the 4-6 day Charazani to Pelechuco (or vice versa) mountain trek is one of the best in the country.  It passes traditional villages and the peaks of the southern Cordillera Apolobamba.
Charazani is the biggest village in the region (3200 m), with hot springs. Its three-day fiesta is around 16 july. There are some cheap alojamientos, restaurants and shops. Pelechuco (3600 m) is a smaller village. Also with cheap alojamientos, restaurants and shops. The road to Pelechuco goes through the Area Protegida, passing the community of Ulla Ulla, 5 Km outside of which are the reserve’s HQ at La Cabaña. Visitors are welcome to see the orphaned vicuñas. There are economical community hostels at the villages of Lagunillas and Agua Blanca. Basic food is available in the communities. For more information, contact SERNAP in La Paz.
Web page: www.travelstorebolivia.com